The implemented sensor No Touch of Dispenser 885 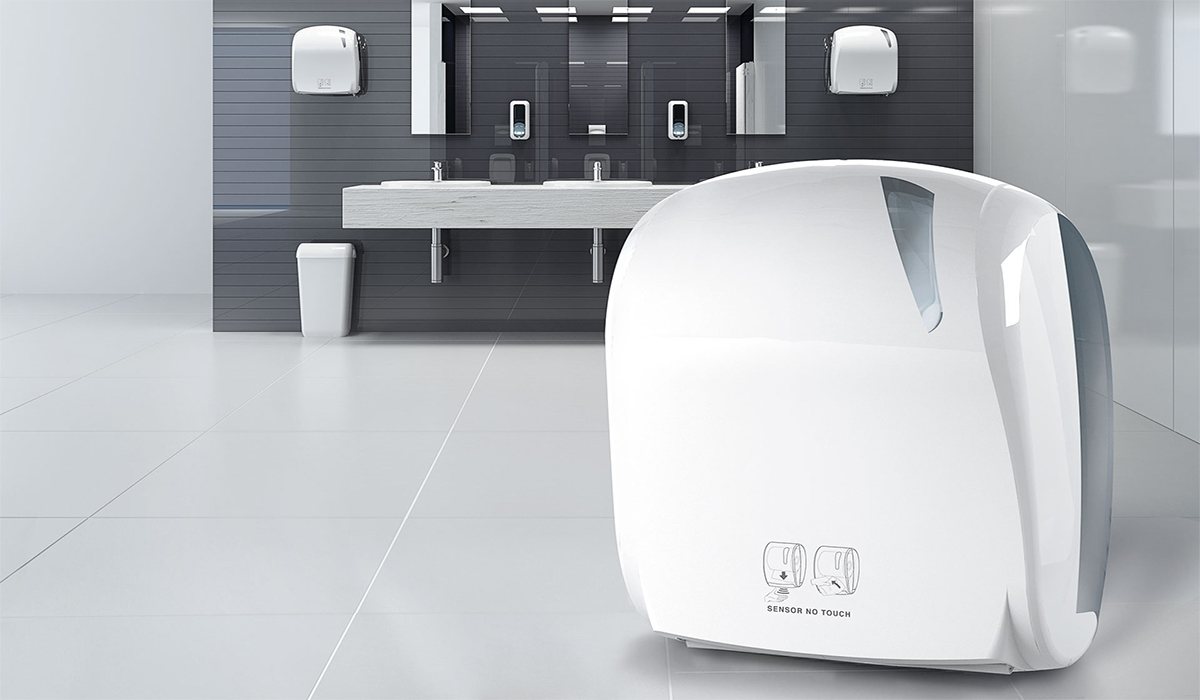 After the Covid period, hygiene has become an even more widespread subject and on which to pay more attention. Environments that are particularly sensitive to the issue such as hospitals, clinics, surgeries have always used accessories that allow the avoidance of direct contact with the hands.

Already in the mid-nineteenth century some more astute doctors, such as the famous Doctor Semmelweis, protagonist of the novel of the same name by L.F. Céline, had understood the importance of cleaning the hands, noting the high percentage of death of new mothers who came into contact with germs and bacteria present on the hands of the doctors who operated on them, septicemia spread quickly and was one of the main causes of death not only of pregnant women but of many types of surgical operations.

Elbow lever soap dispensers, for example, are essential in pre-surgical rooms for the proper washing of hands and forearms. During the period of the pandemic, dispensers for soap and sanitizing liquids that did not provide direct finger contact on the dispenser button became fundamental, soap dishes with No-Touch sensor proved to be the ideal solution to respond to this increasingly important request. Consequently, other types of dispensers have also adapted to the demand, such as those for paper towels.

However, the internal sensors are not all the same, some are more suitable and functional for some situations than others.

Mar Plast has modified the sensor of the dispenser Art. 885 for towel paper, in order to make it as effective as possible. The effectiveness consists in dispensing the necessary amount of paper without unnecessarily wasting sheets of paper which, in addition to giving a messy appearance to the bathroom, would be a big waste from an ecological and cost point of view.

Not only that, the sensor is more effective the more it is able to detect the correct presence of the hand, in this case the user will not find himself in the unpleasant situation of trying and trying to place his hands under the dispenser to receive the sheet of paper. towels, just bring your hand and the sensor will be able to correctly read the presence of the hand.

This last aspect has an impact, even if not immediately understandable at first glance, on the life of the internal battery of the dispenser which in fact will be able to live longer as the dispensing will be optimized without waste.

The 885 dispenser for paper towels with No Touch sensor therefore manages to meet the need to be able to dry hands in a more hygienic way without coming into contact with the dispenser itself, respecting the environment, avoiding the release of empty paper and optimizing internal resources of charge.

Fewer batteries to dispose of, fewer sheets released for nothing, a tidier appearance, a more satisfactory use of the product, it does not seem bad as a result for the moment!

Information notice for customers and suppliers

To request information, fill out the form below!